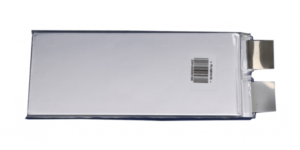 WeLion says it has produced the first semi-solid-state battery cell at its battery factory in Huzhou in East China’s Zhejiang province. The cells are to be used in Nio’s future 150 kWh pack.

It is therefore hardly surprising that Nio’s Senior Vice President Zeng Shuxiang also attended the ceremony in Huzhou. Zeng is also the CEO of Nio’s electric drive division and sits on WeLion’s board of directors as a battery expert and representative of the major customer. The ties between the two companies are thus closer than a mere supplier relationship.

The report in the CN EV Post on the start of production does not give any details on the cells themselves. It is confirmed, however, that the cells are for Nio’s 150 kWh pack. Previously it was said that semi-solid-state cells with a hybrid electrolyte would be used in this pack. However, the current article also mentions solid-state batteries – presumably referring to semi-solid-state technology.

According to Tian Qiyou, general manager of WeLion’s Huzhou factory, the rollout of the first battery cell went smoothly and was of great importance for the company. They will now work with “leading international automakers” to ensure that “subsequent mass production will proceed steadily as planned”.

However, WeLion did not specify which carmakers they were talking about. The first examples are likely to be reserved for Nio anyway. When the ET7 was unveiled in January 2021, it was already said that the vehicle would be offered from the fourth quarter of 2022 with a 150 kWh solid-state battery, which would enable a range of over 1,000 kilometres according to the NEDC. As production of the cells only started this week, Nio had already admitted in its second-quarter annual report that the delivery of the battery packs would be delayed by several months.

Only this year, WeLion itself also confirmed to the ‘China EV 100’ forum that Nio is the launch customer. WeLion’s chief scientist and founder, Li Hong, stated at the time that the battery was a hybrid solid-liquid electrolyte battery that was expected to have an energy density of 360 Wh/kg.

The company had completed the construction of its Huzhou plant within a year. In March this year, WeLion had also started building a factory for hybrid solid-liquid electrolyte battery cells as well as for pure solid battery cells in Zibo in the eastern Chinese province of Shandong.