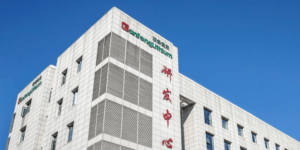 The Chinese lithium and battery producer Ganfeng Lithium is investing 15 billion yuan in two new battery factories to increase its production capacities by 34 GWh to around 100 GWh per year. Converted, the investment amounts to 2.2 billion euros.

This is according to several Chinese media reports. Ganfeng is – measured by market capitalisation – the largest lithium processor in the world, but for some years now it has also been investing increasingly in the in-house production of batteries. Ganfeng is now continuing this strategy. Media such as the South China Morning Post and Yicai Global report that the larger of the two newly planned plants with an annual capacity of 24 GWh is to be built in the city of Chongqing. There, Ganfeng plans to manufacture LFP and NMC cells as well as battery packs, they say. According to the portal Autonews Gasgoo, solid-state cells will also be produced there.

The second factory now announced, with an annual production capacity of 10 GWh, is also to be built in the city of Dongguan in Guangdong province. According to media reports, the company wants to produce LFP and semi-solid cells there, among other things.

However, Ganfeng will not build both factories on its own. Instead, the subsidiary Ganfeng LiEnergy, in which Ganfeng Lithium holds 65.5 percent, will be entrusted with the construction. Regarding the larger of the two factories, the Chinese media reports also specify that the manufacturer will set up a project joint venture with two local companies. Specifically, these are the Chongqing Three Gorges Water Conservancy and Electric Power and the East Shineray Group.

With the two new factories, Ganfeng Lithium’s production capacities are expected to grow to a total of around 100 GWh annually. An existing plant is located at the group’s headquarters in Xinyu in the Chinese province of Jiangxi. Since the commissioning of the second expansion stage in January 2022, up to two GWh of solid-state batteries per year and up to seven GWh of LFP battery cells can be produced there.

Nanotech to set up battery production the UK