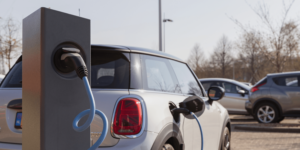 Sweden’s Bee Charging Solutions AB has chosen Alfen to supply the company with smart charge points for electric vehicles. The companies signed a framework agreement for an initial period of three years.

Britain’s largest energy supplier British Gas has signed a three-year contract with the Dutch charging infrastructure provider Alfen to supply charging equipment for its own business, for its parent company Centrica and for its customers. 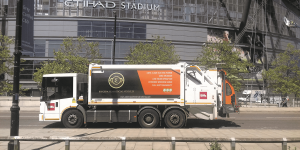 The UK-based Engie has agreed to launch a partnership with waste management company Biffa to provide electric vehicle charging facilities across their UK sites. This is to support Biffa’s ‘Resourceful, Responsible’ sustainability strategy.

Volvo Buses aims to give its e-bus batteries a second life. In cooperation with Stena Property and Stena Recycling, the company will use its electric bus batteries as stationary energy storage in the Fyrklövern complex in Gothenburg. 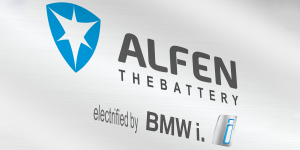 The Dutch company Alfen will deliver one of the BMW testing locations in Munich with an integrated energy storage solution, which allows for mobile high speed charging of cars.

Mega storage with BMW batteries: Dutch Alfen together with Vattenfall subsidiary Nuon has set up a 3MW energy storage system close to a windpark using BMW batteries. The system will be expanded to 12 megawatt eventually, making it the largest storage project in the Netherlands.
alfen.com

Bulgarians buy battery business in Germany, where Sofia-based MonBat has acquired Gaia Akkumulatorenwerke and EAS Germany. Both manufacture Li-ion batteries and cells and MonBat hopes to upscale production and accelerate development. As both firms are in Nordhausen, they have now been merged into EAS Batteries and MonBat plans to invest over 5m euros over the next two years.
seenews.com

Direct e-bike drive: Swiss Z-Institute reached 115 percent of its funding goal as they pitched a retro-fit pedelec system to the crowd. Fitted to the bottom bracket and weighing only 2 kilos including the battery, Bimoz promises direct pedal-assist and easy application. With development concluded, production has yet to start.
youtube.com via emobilserver.de (in German)

Cheaper EV batteries? The University of Texas at Dallas and Seoul National University found a novel material based on manganese and sodium-ion that could lower cost of batteries for electric cars. Sodium is cheaper than lithium while the manganese is used instead of the rarer elements cobalt and nickel.
utdallas.edu