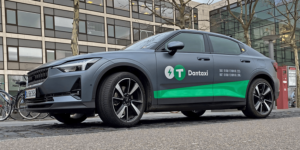 Dantaxi delivers an update on its growing EV fleet

Denmark’s primary cab service, Dantaxi, has sent an update on its EV fleet. The company runs over 400 electric cabs at present from 14 different brands. Three manufacturers come out particularly favourably. 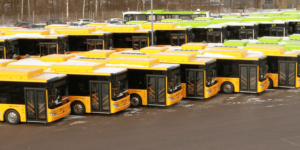 The public transport operator Keolis has received two contract extensions in Denmark and the Netherlands, involving the deployment of a total of 24 new electric buses. It is still open which models Keolis will order for the two fleets. 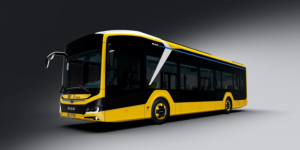 The Danish bus company Vikingbus has ordered 45 electric buses from MAN. Vikingbus will deploy the e-buses of type Lion City 12 E on routes in the greater Copenhagen area from spring next year. They will join a growing fleet of zero-emission vehicles out for Vikingbus. 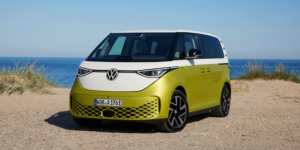 When still in office, Volkswagen boss Herbert Diess described the ID. Buzz as one of the most exciting vehicles launching this year. Our first drive of VW’s electric van shows that the carmaker has indeed succeeded in creating a great electric car that goes down very well with passers-by. If only it weren’t for the […] 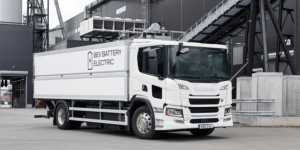 Truck manufacturer Scania, part of the Traton Group, will deliver at least 78 all-electric L-series trucks to Amager Resource Center (ARC) in Copenhagen. The municipal waste company’s order also includes an option for a further 23 electric trucks as well as repair and maintenance contracts for eight to ten years.

Copenhagen Airport (CPH) plans to build 1,350 charging stations for electric vehicles within the next ten years. The majority of these will be AC charging points, but HPCs for short-term parkers are also planned. 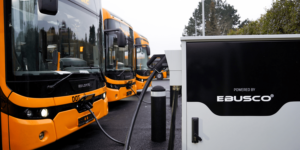 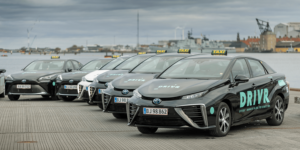 The app-based taxi service DRIVR has deployed more than 100 hydrogen cabs in Copenhagen this month. The fleet of Toyota Mirai runs against the backdrop of the Danish government’s target to ban sales of ICE cabs by 2025 and that all existing taxis must be emission-free by 2030. 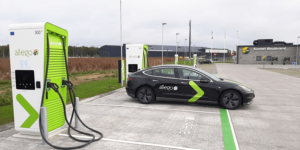 Allego has expanded its partnership with the Van der Valk hotel chain and will install 120 new fast chargers at more than 50 hotels in Belgium and the Netherlands from the end of this year. These will primarily be DC charging points in different power classes. 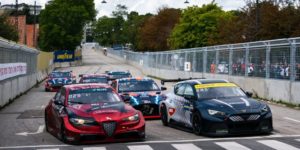 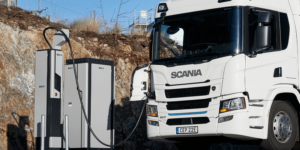 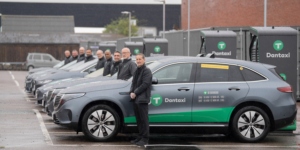 First charging hub for cabs in Copenhagen by E.On & Dantaxi

Danish taxi service Dantaxi and energy supplier E.On opened a large charging hub in Copenhagen called Danhub. The site is supposed to supply up to 400 electric cabs a day and is considered crucial in converting the capital’s taxi fleet to electric by 2025. 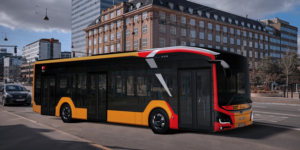 Public transit operator Anchersen has ordered 25 electric buses from MAN Truck & Bus to service in Copenhagen. Delivery is scheduled for the end of the year. Anchersen says it will use the battery-electric buses on Copenhagen’s central bus route 7A, which carries more than 4.3 million passengers each year. 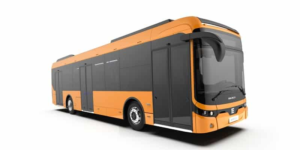 Nobina orders 13 Ebusco electric buses for use in Copenhagen

Ebusco has received an order for 13 electric buses from Denmark. The Ebusco 2.2 electric buses are to be delivered to operator Nobina in November 2021 and will go into service in the greater Copenhagen area.

The public transport operator Keolis has received 55 e-buses from the Chinese manufacturer Yutong. The vehicles will be used for two projects in Denmark. Keolis has also secured an order from France.

According to founder William Li Bin, the Chinese electric car manufacturer Nio is currently working on a battery pack with a capacity of 150 kWh, which should enable ranges of over 900 kilometres. Besides, the plans for a European launch in 2021 may become concrete. 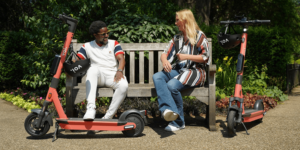 Copenhagen to put an end to free-floating e-scooters

The Danish capital Copenhagen wants to ban rental electric scooters from 1 January 2021 in the city centre. They say the measure is primarily out of consideration for senior citizens because riders would scatter the light EVs in public spaces. 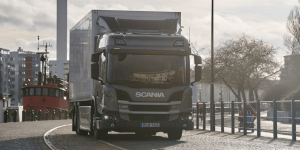 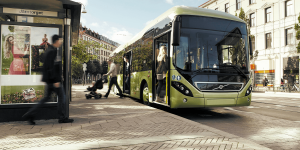 Biggest Danish cities to only buy electric buses from 2021

The six largest municipalities in Denmark will now procure only electric city buses from 2021. To this end, the cities of Copenhagen, Aarhus, Odense, Aalborg, Vejle and Frederiksberg have now signed the Climate Cooperation Agreement with the Danish Ministry of Transport. 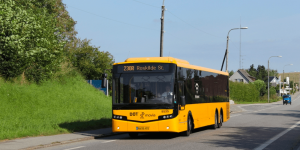 Public transport operator Keolis has received a new order from Movia for the operation and maintenance of 47 buses in the Copenhagen area, 32 of which will be purely electric. The contract that worth over 100 million euros, is scheduled to start in June 2021.

BYD has received their first order from Danish company Anchersen for 27 electric 12-metre buses. The buses are to be used in the Danish capital Copenhagen and are expected to go into regular operation by the end of 2019. 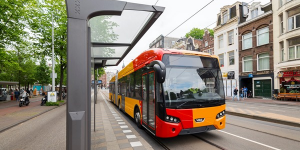 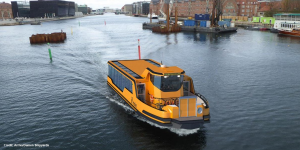 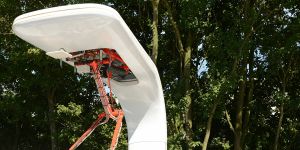 Siemens has signed an agreement with Denmark’s largest public transportation operator, Movia, for the delivery of fast-charging stations with pantograph for electric buses. 45 communities stand to benefit from the contract and is one of Siemens biggest eBus orders ever. 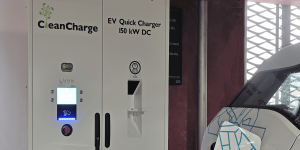 Electric taxi fleet: 50 electric cabs will start taking passengers in Montreal in mid-November. The pilot is run by start-up Taxelco, that bought the city’s second-biggest cab operator and plans to electrify the entire 500-strong fleet. Taxis, including Teslas, Kia Soul EV and Nissan Leaf, can be hailed via app.
electrek.co

Electric delivery fleet: UPS has received 18 electric trucks built by Workhorse specifically for stop-and-go operations postal service entails. The E-100 delivery vehicles that were purchased with the support of the DoE, local governments and non-profits, will serve in the Houston-Galveston area.
ngtnews.com, postandparcel.info

Copenhagen is to test lightweight electric buses from summer 2016 as two buses built by Finnish Linkker will serve on route 3A over two years. Rapid charging technology by Dutch Schunk/Heliox can partially recharge the buses in less than three minutes with electricity sponsored by E.ON.
cphpost.dk

Hybrid bus fleet: As another seven hybrid buses join the fleet of the Pinellas Suncoast Transit Authority (PSTA) in Florida, it grows to 68 in total. Comes next year, the transport provider will consider to add a number of purely electric vehicles as well in its overall fleet of 200.
tbo.com

Latvia latches on TEN-T: 235 EV charging stations will be erected in the Baltic state by 2022, if the Ministry of Transport gets its will. 60 of those are to be provided through the EU’s TEN-T programme and will line Latvia’s main roads by 2020. Another 175 charging stations, located within 50 km from each other, will follow by mid-2022, connecting smaller roads to the EV network.
lsm.lv

Israel to clear the air: The city of Haifa plans to introduce a Low Emission Zone (LEZ), the first of its kind in the country. In a first step, heavy vehicle traffic within the LEZ would be restricted. The Environment Ministry plans to spend 330 million NIS (about 87m dollars) on the project that now has to be approved by the cabinet.
jpost.com, haaretz.com

Danish DriveNow update: BMW’s car sharing service together with Arriva will reportedly let 400 i3 loose in Copenhagen this September. Also on board is Danish travel card provider Rejsekort and energy utility E.on. The former will supply the keycard for the electric BMW.
cphpost.dk

Joint efforts: California, Oregon, Washington, and British Columbia are teaming up with provinces in the West Coast Electric Fleets initiative, a project by Pacific Coast Collaborative. The programme aims at the electrification of public and business fleets in the whole region.
ngtnews.com