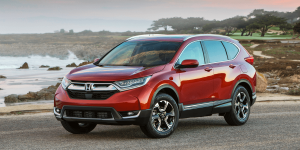 Honda will also be turning their backs on diesel in Europe, in order to focus more on electric and hybrid vehicle models. Starting in 2021, when the new Civic is released, no more diesel models will be sold in Europe, stated Dave Hodge, Honda’s UK director.

According to media reports, the diesel models will likely be taken out of the sales lineup when the next model change takes place. Each vehicle series will then receive an electrified version instead. The CR-V will make the start with hybrid version, which will likely hit the European market as early as March.

Honda is not the first manufacturer to partially or fully abandon diesel sales – they are following the footsteps of rivals Nissan, Toyota and Subaru as well as Suzuki and Mitsubishi, and, most recently, Volvo and Porsche.