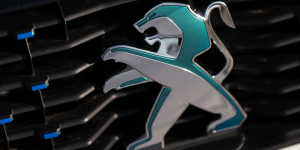 In an interview with Automotive News Europe, Imparato confirmed that the next generation of the 308 compact model will, as expected, be based on the EMP2 platform of the PSA Group. The EMP2, on which the Opel Grandland X is also based, enables two PHEV versions – with an internal combustion engine and an electric motor on the front axle as the front-wheel-drive version and an additional electric motor at the rear as the all-wheel-drive version.

Nevertheless, Imparato made the surprising statement that a plug-in hybrid would come first,  and that the 308 could be later fitted with a fully electric drive train. PSA has yet to announce a pure BEV based on EMP2. In models like the 308, the similarly large SUV 3008 and the mid-range sedan 508, however, the French company will initially rely on the PHEV. “Our compact and midsize cars will have plug-in hybrid drivetrains because it’s a smoother way to switch from internal combustion to electric,” says Imparato.

Nevertheless, Peugeot is feeling the increasing demand for all-electric cars. In France alone, 12 per cent of the 12,000 orders for the 208 to date have been for the electric version – and only since October. According to Imparato, these are real orders, not reservations. “I don’t know what the global mix will be, but if we are around 4 per cent to 5 per cent electric in a country such as Italy, it will really help our emissions average in Europe,” says the Peugeot brand boss. “Something is clearly changing – lots of customers are now asking for electric.”

“I’m targeting 15 per cent to 20 per cent of total orders, based on a similar TCO between the plug-in hybrid and a 180-hp diesel with an automatic transmission,” Imparato says in the interview. “Those two versions will compete in the fleet market.

For Peugeot, the increasing customer interest in electric cars (also because of the models that now fit) comes at just the right time, because the new EU CO2 regulations also play a major role for the French company. Imparato confirmed its recent statement that Peugeot would comply with the rules from January and would not have to pay a single euro of CO2 road payments to the EU. However, he also said: “We have been preparing for this situation for months, monitoring every high-emissions car that is in stock or in the dealer network”.

“We are focusing on electrifying the brand”

Newer EU regulations could not only kill the big gas guzzlers, but also the cheap small cars – the expensive conversion to modern exhaust technology is not worthwhile for price-sensitive models. Peugeot offers the 108 together with Citroën and Toyota. “Emissions regulations have hit the segment hard, because the cost of compliance is disproportionately high,” says Imparato. Toyota’s European boss Johan Van Zyl had recently indicated that the next generation of the Aygo could appear as an electric car. Citroën brand manager Linda Jackson had already made a similar statement about the future of the C1 in 2018. Now the Peugeot brand manager is also speaking in a similar direction. “I can’t leave the segment at the moment – we want to be the best high-end volume brand – but in the long term, this segment will be 100 per cent electric or disappear. That’s my feeling.”

It is not only in the small car segment that Imparato is fully committed to electric vehicles. “In our global vision, we in Europe are concentrating on electrifying the brand,” says the Peugeot boss. “However, we must increase our sales outside Europe in order to better balance our regional mix. In China, a one-tonne pickup developed jointly with Dongfeng will soon be added to the range.

In the interview, however, the PSA manager rejected a potential new model in Europe – a series version of the e-Legend concept, which was shown in the style of the 504 Coupé from the 1970s. Although the feedback was very good, according to Imparato, the development to series maturity would cost around 250 million euros. “We decided that we first had to deal with the switch to electrification. Then we’ll see if it’s worth spending the money.”