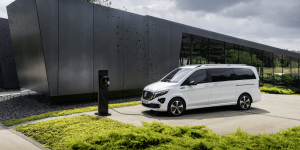 Berlin-based limousine service Blacklane, in which Daimler is a major shareholder, has acquired a majority stake in Havn. Havn is a London-based chauffeur service founded in 2019 by Jaguar Land Rover, which operates a fleet of the all-electric Jaguar I-Pace in the British capital.

Blacklane is now active in more than 300 cities in 50 countries after starting operations in 2011. The core business of the Berlin-based company is upscale chauffeur services on demand, so far mainly using combustion engine models. So far, Blacklane is only fully electric with the Tesla X and S models. In the future, the company also wants to include the electric models EQC and EQV from its investor Daimler as well as the Audi e-tron in its fleet. Through Havn, the Jaguar I-Pace will also be part of the fleet in the future.

Blacklane told reporters that it wants to learn from Havn in managing an all-electric fleet. The app-based London-based driving service was only founded by Jaguar Land Rover in September 2019, while Blacklane has been active in the British capital since 2013. With the deal, both services wanted to further their goal of all-electric transport, a Blacklane spokesperson is quoted as saying in the report.

There are no details on the purchase price. Daimler is Blacklane’s largest shareholder with just under 30 per cent.