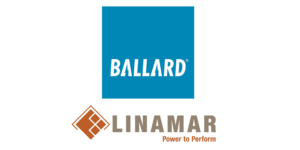 Ballard Power Systems and Canadian automotive supplier Linamar Corporation have agreed to a strategic alliance to develop and sell fuel cell powertrains and components for light-duty vehicles. Their chosen markets will be in North America and Europe.

The initial plan is to jointly develop a fuel cell powertrain solution for FCEVs weighing up to five tonnes, according to Ballard. At a later stage, the partners are considering setting up their own joint venture to distribute the drive systems and components as part of their strategic alliance. If desired, a finished rolling chassis, in which the drive components are already integrated, will also be offered.

Ballard will provide the fuel cells and their subsystems in the test phase, while Linamar will develop the chassis, the housings for the propulsion system, and the tanks. Linamar will also be responsible for the final assembly. Successful tests with the demonstrator vehicles built in this way are then a prerequisite for establishing the joint venture.

The drives are suitable for class 1 and 2 light commercial vehicles (LCVs) – class 2b includes vehicles with a gross vehicle weight of 4.536 tonnes. In the USA, smaller vans are registered in these classes, but also some of the large pickups popular there such as the Chevrolet Silverado, GMC Sierra or the Ford models F-150 to F-350 – and of course large SUV models.

Ballard sees a need for zero-emission vehicles considering the various emission regulations and Zero Emission Zones worldwide. If you don’t want to compromise on payload and refuelling cycles, the answer must be an FCEV, says the fuel cell specialist.

Although both companies come from Canada, Ballard already has plenty of experience with European requirements. Many hydrogen buses on the road in this country use fuel cells from the Canadian company, for example, the hydrogen buses in the project ‘CoacHyfied ‘. Ballard has also developed a PEM stack for commercial vehicles with Audi, and since September 2020 there has also been a development cooperation with the German supplier Mahle.