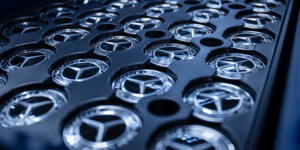 Mercedes-Benz will purchase more battery cells from CATL than planned for its accelerated electrification offensive. There is also new information on the announced eight cell factories with partners.

For the electric flagship EQS, whose production is currently being ramped up, and the sedan EQE announced for 2022, the battery cell partner Farasis Energy was to “supply a good portion of the cells for the models”, according to local media reports. Since the planned European plant in Bitterfeld-Wolfen has been delayed or has now been called into question by Farasis itself, Farasis wants to supply the cells to Mercedes from its Chinese plants.

At the end of last week, unity in the cell partnership was still emphasised when Daimler board member Markus Schäfer was appointed to the Farasis Energy supervisory board. “Our partnership with Daimler, which will become even closer with the appointment of Markus Schäfer to the supervisory board, is not only of outstanding strategic importance for Farasis, but also a milestone on the joint path to a more sustainable world through CO₂-neutral mobility,” explained Yu Wang, chairman of the board of Farasis Energy.

However, as Manager Magazin now reports without specifying sources, Daimler has meanwhile decided that Farasis will “only produce residual sizes” of the cells for the EQE and EQS. Daimler did not want to comment on Farasis to the magazine. As soon as Farasis responds to a request for comment from electrive.net, we will provide the information here.

According to the report, CATL is to absorb the planned volumes from Farasis and deliver more cells to Daimler. However, CATL has to intercept these re-ordered cells with a lot of effort between the other, regular orders – and, according to the report, is “paying dearly” for this. The additional costs per EQS are said to be 1,500 euros, which adds up to about one billion euros over the lifetime and planned number of units of the model – a planned contribution margin that now has to be paid to CATL.

According to the report, the fact that Daimler is in the situation to reorder urgently needed battery cells at all is due to a series of missed opportunities in the past. For example, there were allegedly two opportunities to join the company Northvolt, which was founded in 2016. At the time, Ola Källenius, then Daimler’s board member for development and now chairman of the board, and Dieter Zetsche, then CEO, declined.

During renewed talks between Källenius and Northvolt CEO Peter Carlsson “around the turn of the year”, Northvolt again rejected a joint project – the order books are full, including orders from VW, Audi and Porsche, as is now known. A cell factory for Daimler could be built from 2025 at the earliest, production would then start in 2029. According to current plans, Daimler wants to be fully electric in some regions by then – the cells are needed earlier.

Other attempts by Daimler to win German suppliers such as Continental or Bosch as partners for cell production are also said to have failed. Daimler is also said to have ruled out the possibility of taking a stake in the German company Customcells – they had already worked together as partners in the KomVar research project. Porsche recently joined Customcells.

The ACC joint venture between Stellantis and Total subsidiary Saft was also initially unable to agree on a partnership. Initially, this was because, according to the report, ACC is now considered the favourite for a cooperation. Among other things, a financial participation of the Stuttgart-based company is to be discussed.

One of the announced eight cell factories is to be built in Kölleda in Thuringia – in or near the Daimler engine plant there. According to those involved, Kölleda has been chosen as the location, but the partner is still unclear. The current supplier CATL is known to be building its European plant in Erfurt to produce cells for BMW, for example. It is unclear, however, when a battery factory in Kölleda – whether with ACC or CATL as a partner – could produce cells in series. Manager Magazin assumes that the factory could “hardly deliver” before 2026.