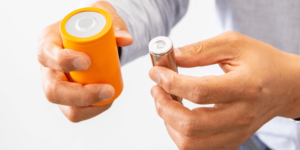 Panasonic will probably build its new US battery factory, where the new 4680 cells for Tesla are to be produced, in Kansas. It is clear that Panasonic wants to build a battery factory there and that the funding application has already been approved – only which cells are to be built there is not yet specified by the Japanese company.

As Panasonic and the economic development authority of the US state officially announce, the battery manufacturer has identified a plot of land in De Soto for the construction of the factory and the state of Kansas has approved a state incentive application submitted by Panasonic. Panasonic’s board of directors, however, still has to approve the project. Panasonic is not yet commenting on the timeline or production capacity.

De Soto is located just west of Kansas City on the Kansas River. Giga Texas in Austin, where Tesla will initially assemble the 4680 cells, is about 700 miles or 1,130 kilometres further south.

The factory is expected to create up to 4,000 new jobs and result in an investment of up to 4 billion US dollars (currently around four billion euros). However, the fact that the 4680 cells for Tesla are to be produced in the new factory is not mentioned in the official communications. There is only general mention of a “US-based EV Battery Facility“.

However, the plans in Kansas fit with Panasonic’s previous announcements: series production of the new cells is to start in Japan in March 2023 and then be relocated to North America. The first sample cells from the pre-series production have already been delivered to Tesla.

“With the increased electrification of the automotive market, expanding battery production in the U.S. is critical to help meet demand,” said Kazuo Tadanobu, President, CEO of Panasonic Energy. “Given our leading technology and depth of experience, we aim to continue driving growth of the lithium-ion battery industry and accelerating towards a net-zero emissions future.”

“This project will transform the Kansas economy, creating high-quality, high-tech jobs while bringing a new industry to the state that will forge a more sustainable future,” said Governor Laura Kelly. “This is a significant milestone for Kansas that will drive economic growth and development.”

Meanwhile, Reuters reports, citing statements by Panasonic Energy CTO Shoichiro Watanabe, that the battery maker plans to increase the energy density of its cells by 20 per cent by 2030. This will be made possible by a new mixture of electrolyte additives that will allow cells to be operated at a higher voltage without affecting the performance of the batteries. In addition, Panasonic is working on replacing more graphite with silicon-based materials.