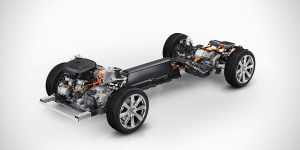 According to Volvo, the deal covers the demand for battery modules for all models on the upcoming SPA2 vehicle architecture and the current CMA modular platform. The XC40, Polestar 2 and several models from the sister brand Lynk & Co. The SPA2 architecture is expected to be introduced at the beginning of the next decade. It forms the basis for future Volvo models in the 90 and 60 series. The first Volvo to build on the SPA2 is the next generation of the large SUV XC90.

The now fixed agreements with CATL and LG Chem form the basis for Volvo’s electrification strategy, which already came up in 2017 with the promise to offer all new models from 2019 either as a pure electric car, plug-in or mild hybrid. Later, the Chinese-owned Swedish company set the target of achieving a 50 per cent share of sales with purely electric cars by 2025.

“The future of Volvo Cars is electric and we are determined to go beyond the internal combustion engine,” says Håkan Samuelsson, President and CEO of Volvo Cars. “Today’s agreements with CATL and LG Chem show how we are going to achieve our ambitious electrification targets”. Martina Buchhauser, Senior Vice President Procurement, is also pleased: “With today’s agreement, we have effectively secured our battery supply for the next decade. By having two suppliers in different regions, we are also ensuring that we will be flexible in our supply chain in the future”.


In their press release, Volvo said that in China, battery supply will benefit from the scale of the wider Geely Group, who bought the Swedish company in 2010. Geely is one of the largest car companies in China, the world’s largest electric car market. In early 2018, Geely also became the largest shareholder in Daimler with 9.7 per cent of shares. In May last year, Geely found a loophole in the protectionist laws surrounding Chinese subventions for electric vehicles, which only allow for vehicles with batteries made in China. At this time, Geely was already supplying their brands Volvo and Lynk & Co with Korean batteries produced in China. The automobile manufacturer set up a subsidiary company named Zhejiang Henguyan, who will be producing batteries designed by LG Chem under license, to facilitate the process. Now Volvo has also signed up with CATL as a major supplier. It is no surprise then, that in January this year, Geely and CATL already founded a battery joint venture in China.

Meanwhile, Volvo’s first battery assembly line is being installed at its Ghent plant in Belgium and is expected to be completed by the end of this year. While the plug-in hybrid versions of the XC40 are already being built there today, the all-electric XC40 will be the first all-electric car to come off the assembly line in Ghent in the future.

Just like the electric XC40, the Polestar 2 will be launched next year. Polestar now announces that the brand’s first high-volume model will be presented in the coming months on a European tour between May and October in 15 European cities. The roadshow will start this month with Sweden, followed by the Netherlands and Belgium in June, Great Britain in July, Germany in August and September and Norway in October. Exact dates and locations will be published on the manufacturer’s website. The only dates known so far are for Sweden: Gothenburg from 22 to 24 May and Stockholm from 30 May to 2 June.