In concrete terms, the manufacturer promises to only offer new vehicles in the European, Japanese and NAFTA markets from 2039 that are CO2-neutral when in operation. By 2022, Daimler Trucks & Buses’ range of vehicles in the central sales regions of Europe, the US, and Japan are to include production vehicles with a battery-electric drive. The first vehicles, such as the Fuso eCanter or Mercedes eActros, are already being used by customers, but these are not production vehicles.

The year 2039 does not come by chance: In May, the new CEO Ola Källenius announced that Daimler’s passenger car fleet would become CO2-neutral by then through consistent electrification – he called the program “Ambition 2039”. However, it seems the heavy-duty vehicle division is not as “ambitious.” For the truck division, Martin Daum, head of Trucks, explained the date 2039 for even bringing out fuel cell vehicles, by saying that CO2-neutral transport by 2050 was the “ultimate goal”. “Since a complete fleet renewal by 2050 will take around ten years, it is our ambition to offer completely ‘tank-to-wheel’, locally CO2-neutral new vehicles in the triad by 2039,” Daum said at an event in Berlin. How Daimler expects this to be international competitive while governments and logistics companies across the world are decarbonising their public transport and delivery fleets as we speak, is a little mystifying.

Only by the end of the next decade, is Daimler Trucks & Buses planning to add hydrogen-powered production vehicles to its range. Daimler has been sitting on prototypes for many of these vehicles for almost ten years. The manufacturer provided an outlook on the latter this week at the Tokyo Motor Show with the premiere of the fuel cell prototype “Vision F-Cell” of the Japanese subsidiary brand Fuso. In the heavy commercial vehicle sector, Daimler will continue to rely on fuel cells – in the passenger car sector, Källenius recently rejected hydrogen technology, while Daimler will focus primarily on battery-electric cars in the future. 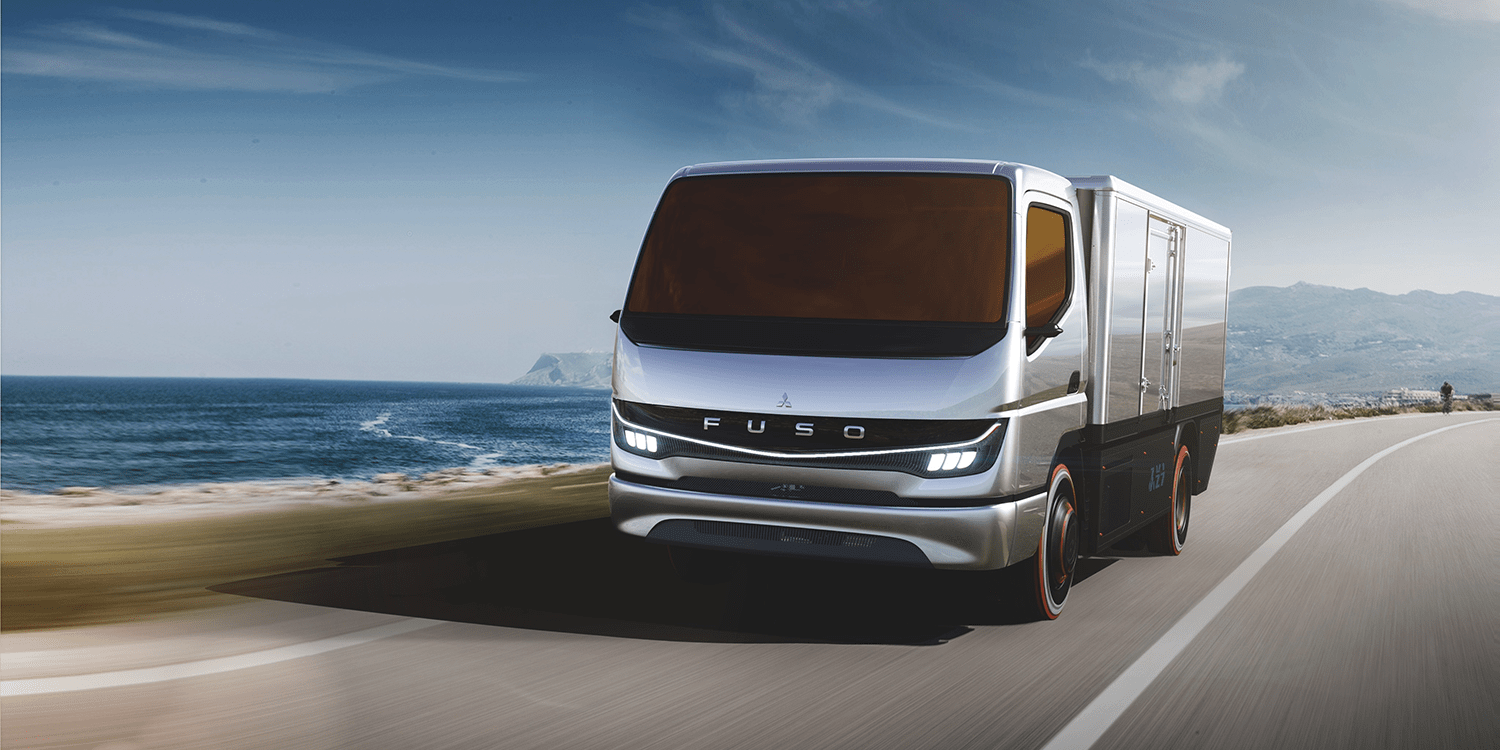 According to truck boss Daum, however, alternative drives in trucks are not “self-running” in a business sense. He explained that the customers of electric trucks (whether with batteries or fuel cells) are concerned about the total cost of ownership and that they incur additional costs for zero-emissions vehicles. He says government support is necessary. “In the year 2040, too, the acquisition and total operating costs of trucks and buses with electric drive will be even higher than those of diesel vehicles, despite all efforts on the part of manufacturers,” said Daum. “We, therefore, need government intervention to make locally CO2-neutral trucks and buses competitive.”

As possible measures, the truck boss called a Europe-wide change of the highway toll so that it would be staggered according to CO2 values. Besides, a subsidy programme for e-buses and a nationwide charging and hydrogen infrastructure would be necessary, he said.