The special economic conditions in the first half of the year threw the balance of power in the already dynamic electric vehicle battery market into confusion. The new number one is LG Chem with a capacity of around 13.4 GWh provided from January to July inclusive, which represents a year-on-year increase of 97.4 per cent and a market share of 25.1 per cent. Inside EVs reports as much with reference to figures from SNE Research.

According to these statistics, the Chinese group CATL ranks second with a 25.5 per cent decrease to 12.7 GWh compared to the same period last year. Japan’s flagship company Panasonic – long the undisputed market leader – experienced a significant 30.9 per cent drop to 10.1 GWh. According to figures from SNE Research, Samsung SDI (3.4 GWh, +53 per cent), BYD (3.2 GWh, -61 per cent) and SK Innovation (2.2 GWh, +87 per cent) ranked fourth to sixth. 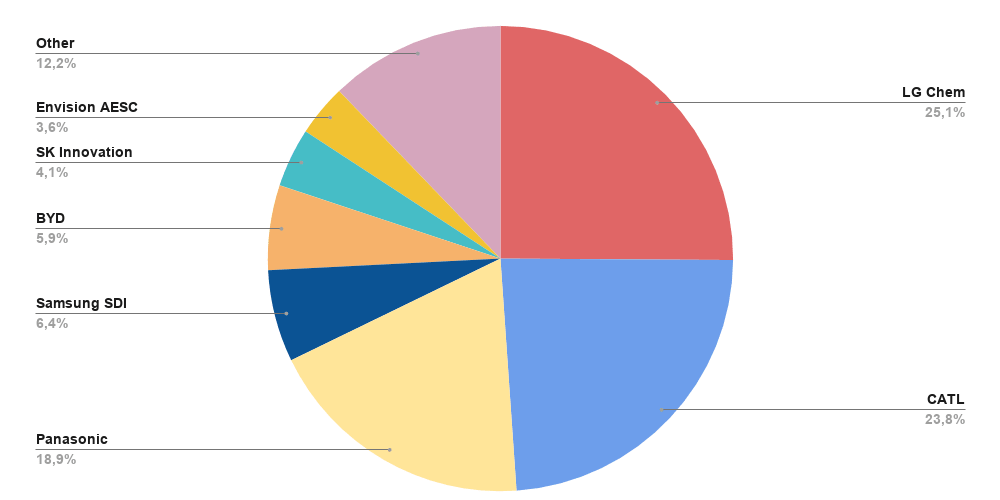 It is noticeable that all but the South Korean battery manufacturers are losing ground. The trio LG Chem, Samsung SDI and SK Innovation, on the other hand, doubled their market share to a good third (35.6 per cent), which represents a healthy increase of 15.9 per cent year-on-year. LG Chem should currently benefit from its early presence in Europe – specifically in Poland – and its partnership with Tesla in China, among other things.