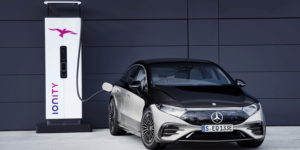 After the first edition in 2019, the eMobility consultancy P3 Automotive has published a new edition of the P3 Charging Index. We are publishing it today exclusively in advance. There is a change at the top placing, but the most long-distance-suitable electric car still comes from Stuttgart.

No electric car is as long-distance capable as the Mercedes EQS. That is the result of the current P3 Charging Index, which was published for the first time at the end of 2019. And although the consultancy P3 Automotive has changed the comparison parameters, it is again only enough for second place for the Tesla Model 3 Long Range. It is followed by the Volkswagen ID.3 with its large 77 kWh battery and the Porsche Taycan, which had last won sovereignly.

The aim of the Charging Index is, on the one hand, to create a reproducible benchmark. On the other hand, the electromobility experts from P3, who really know every cell by its first name, want to draw attention to how important the combination of high charging performance and low power consumption is.

The ideal for the motorway would be to charge electric energy for a 300-kilometre range in 20 minutes. An electric car that achieves this target would be rated Charging Index 1 by P3. The Mercedes EQS comes in at 0.88. Vehicles with an index of less than 0.5 are not listed because “usability over long distances requires greater effort”. For example, neither the Volvo XC40 Recharge nor the Renault Zoe or the Opel Corsa-e are to be found.

Regarding the data basis: the values for electricity consumption come, among others, from the ADAC Eco Test, which contains a special motorway cycle in addition to the WLTP procedure. The figures for the net capacity of the electric car, i.e. the actual energy content available, as well as the direct current (DC) charging curve come from P3 itself.

However, the charging window has been extended: Instead of 20 to 80 per cent state of charge, that of 10 to 80 per cent is now taken into account. This is P3’s response to the criticism that was voiced about the first Charging Index of 2019. The accusation was that the best part of the Tesla Model 3’s charging curve had been deliberately cut off. However, the expansion of the charging window is also based on a factual argument: the coverage with DC pillars has increased once again. It is therefore easier for interested electric car drivers to find a fast-charging point at the desired SoC. The lower buffer can therefore be smaller.

At the same time, P3 Automotive shows with the Charging Index that not only the maximum charging power is important, but also the curve. The DC curve of the Tesla Model 3 Long Range drops steeply, while that of the Audi e-tron quattro, for example, remains almost constant at 150 kW for a long time.

The victory of the Mercedes EQS is no coincidence and is based on several factors. For example, the EQS has the largest net capacity at 107.8 kWh. The battery of the Tesla Model S P100D still contains a lush 95 kWh. The Porsche Taycan comes in at 83.7 kWh. A lot helps a lot. The buyers of the Mercedes can draw on the full capacity.

At the same time, the power consumption of the EQS is low on the motorway, thanks to good aerodynamics. The drag coefficient of cW=0.20 and the frontal area of 2.51 square metres result in a cA value of 0.5. With battery-electric cars that have a poor cA value, long-distance suitability suffers. This applies above all to SUVs, which have too large a frontal area due to their height. 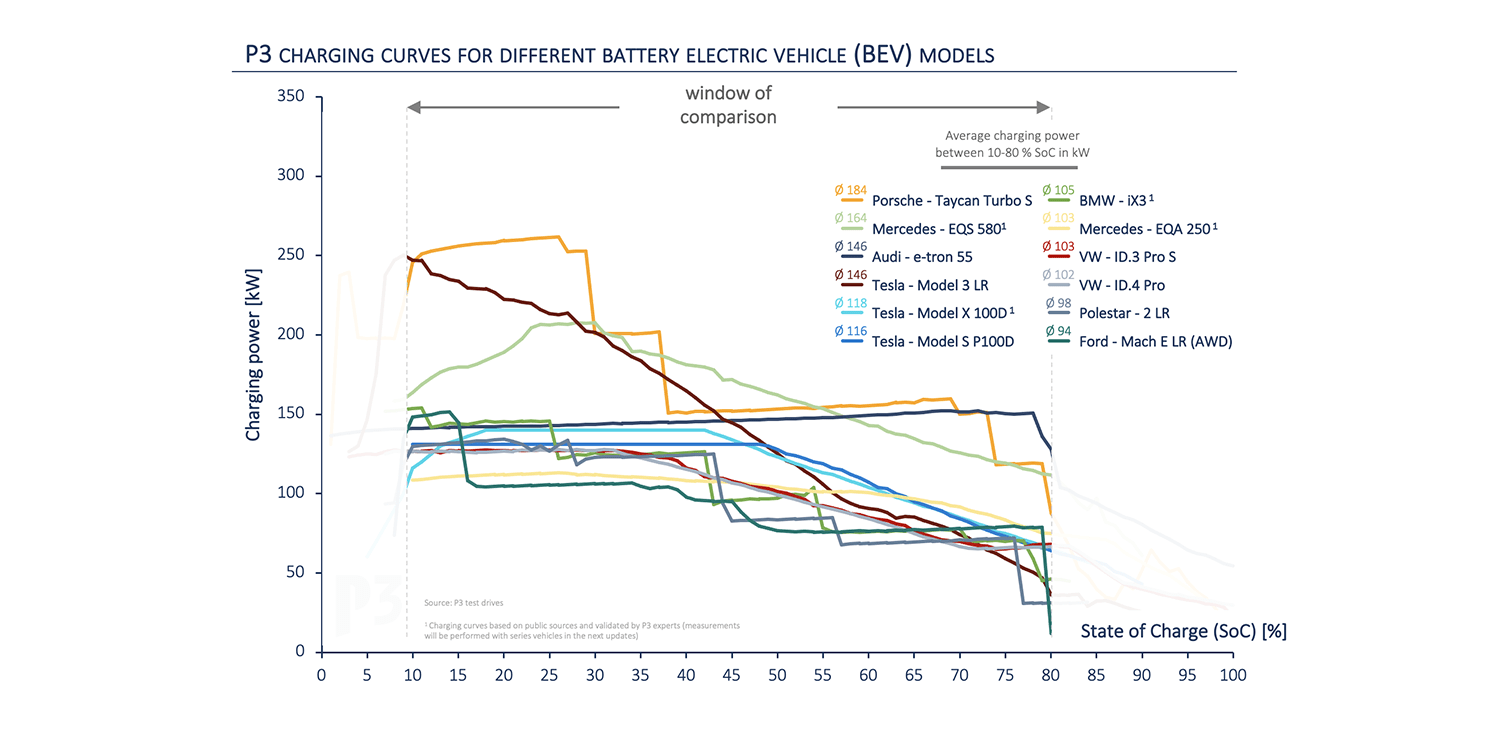 The third essential aspect for progress is the charging power in the defined window from 10 to 80 per cent SOC. All electric cars in the top 10 of the Charging Index have an average of over 100 kW. And the Mercedes EQS, unlike the Porsche Taycan, does not have an 800-volt battery system. But the large capacity enables a peak power of over 200 kW and an average of 164 kW even on a 400-volt basis. This is emphatically not a plea for unlimited battery growth; 800 volt systems can realise high charging power even at moderate sizes.

New 800-volt electric cars not yet available
Nevertheless, it is foreseeable that 800-volt battery systems will dominate in the medium term. P3 estimates that Hyundai Ioniq 5, Kia EV6 and Audi e-tron GT could have made it into the top 5. However, no test cars were available at the time of the survey.

The progress itself is nice to see. Whereas the 2019 first-placed Porsche Taycan had a recharge of 216 kilometres in 20 minutes, the Mercedes EQS now has 266 kilometres. And the Tesla community can celebrate one victory after all: if you take the values after ten minutes of charging into account, the Model 3 LR is in the lead with 149 kilometres. It is also known that the calculation of the route as well as the forecast of the SoC on arrival nowhere works as precisely as with Tesla. How good the Mercedes EQS is in this discipline will soon become apparent in practical operation.