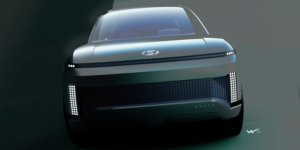 After Hyundai Motor Group began construction of its new electric car plant in the US state of Georgia at the end of October, the company is planning to build up to three battery factories there with a total capacity of 90 gigawatt-hours per year together with partners SK On and LG Energy Solution.

A memorandum of understanding between Hyundai and SK On to build a 20 GWh battery factory in Georgia is imminent, reports The Korea Economic Daily. This factory is expected to start operations in the first quarter of 2026 and produce high nickel pouch cells not only for Hyundai’s new electric car plant in Bryan County, Georgia, but also for Hyundai’s existing Montgomery plant in Alabama and the Kia plant in Georgia.

The investment is stated in the report to be the equivalent of 1.83 billion euros. If the information on the alleged 50:50 joint venture is true, each partner would probably contribute half of the investment. According to the Korean newspaper, the 20 GWh would be enough for 300,000 electric cars per year, which would correspond to 66.6 kWh per vehicle. Hyundai’s vehicle plant is designed for 150,000 vehicles per year.

Together with LG Energy Solution, Hyundai is also considering building two battery factories in Georgia, each with an annual capacity of 35 GWh, according to another media report. No further details have yet been released on this.

The Hyundai plant, which is reportedly scheduled to be operational in the first half of 2025, will likely produce the Hyundai Ioniq 7 and Kia EV9 large E-GMP SUV models. These models are aimed at the North American market. However, if the vehicles were built in South Korea, they would probably not qualify for the amended EV tax credit once imported into the US. Since this is up to $7,500, this would be a major competitive disadvantage.

The allegedly planned battery cell factories of the South Korean Hyundai partners would thus also make sense against the background of the US subsidy. From an economic point of view, this would also result in short distances: Last week it became known that Hyundai Mobis, a supplier belonging to the Hyundai Group, is building a production facility for EV components near the vehicle plant currently under construction. Among other things, Hyundai Mobis produces ready-to-install battery systems including battery management.

SK On already has a plant in Georgia, which supplies batteries for VW’s US production of the ID.4 and Ford, among others – and should be well utilised with these orders. LGES already builds and operates battery plants in North America – for example in Michigan, Canada (together with Stellantis) and Arizona. In addition, LGES is a joint venture partner of General Motors for their Ultium battery cells – the Ultium Cells factory in Ohio is already up and running, and two more plants are under construction in Tennessee and Michigan.