This is actually somewhat less than was announced exactly this time last year, when the S. Korean company said that it was planning to expand its range of electric and hybrid models in the USA from the current five to 13 by 2022. According to the Korean manufacturer’s American offshoot, the range was going to consist of six sedans and seven SUVs.

The currently promised offer involves all fairly large vehicles, seven of these are SUVs, and only three conventional car sizes (the Elandra HEV, the Nexo FCEV and the new Ioniy 6 BEV), none of them particularly small. The Kona Electric, one of the world’s most popular electric cars, has just received a facelift as we reported yesterday. The purely electric Ioniq models were mentioned in the company’s Strategy 2025 Roadmap just under a year ago. In August this year, Hyundai announced it will be launching the Ioniq brand as a fully-electric subsidiary. 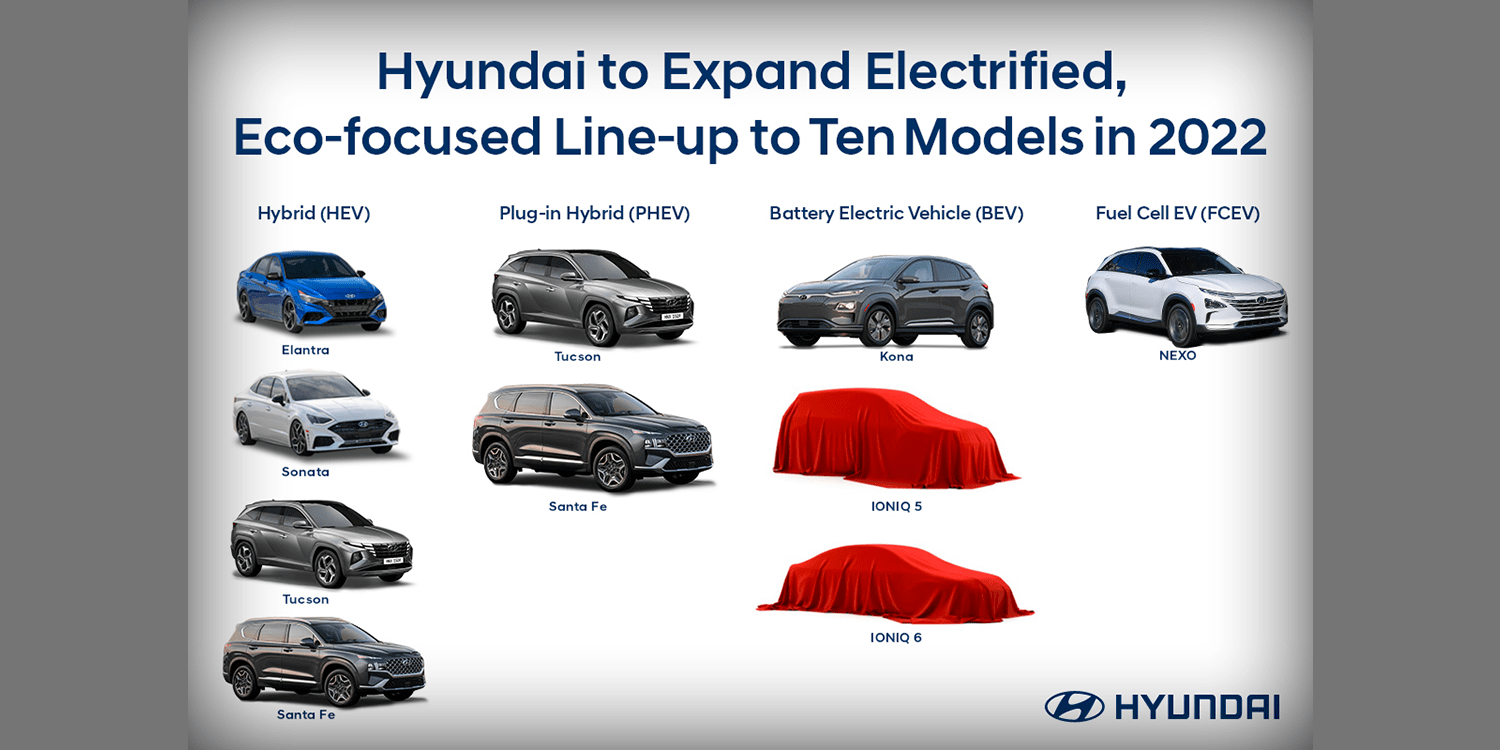 Olabisi Boyle, vice president of Product Planning and Mobility Strategy, Hyundai Motor North America indicated that the Korean company has more in mind in terms of mobility solutions beyond offering cars for sale, saying: “We’re not only developing the vehicles our customers need now, we’re also envisioning smart mobility solutions for pressing environmental and transportation needs of the future,” but did not detail what this might entail.

The only clue to what the company has in mind with “smart mobility solutions” might lie in the afore-mentioned Strategy 2025 Roadmap, whereby the company stated that beyond the development of new electric cars, their core business is to be divided into two pillars in the future: Smart Mobility Device and Smart Mobility Service. The latter was not extrapolated upon further and may mean light electric vehicles, such as their pedal and electric scooters, or perhaps ride-hailing services such as Ola Electric Mobility whom they supply in India. So far no mention of what this will mean in the USA.