For the ranking, CAM analysed the innovations of 30 global car manufacturers and start-ups with approximately 80 car brands. The sample for the year 2020/2021 included a total of 645 innovations from OEMs in the four most important technological fields of the future. Each innovation was recorded individually and evaluated by the CAM according to criteria such as originality and customer benefit.

Volkswagen came up with the most innovations among the groups, 67 to be precise, including 24 world firsts. The German carmaking giant company thus defended its top position in the CAM ranking of the previous year. With Daimler and BMW also in the top four (only in third place with Tesla), the strength of the German manufacturers in the future fields is once again evident in the innovation comparison. For the first time, three Chinese carmakers will also be in the top 10 in 2021, namely SAIC, Great Wall and Geely. 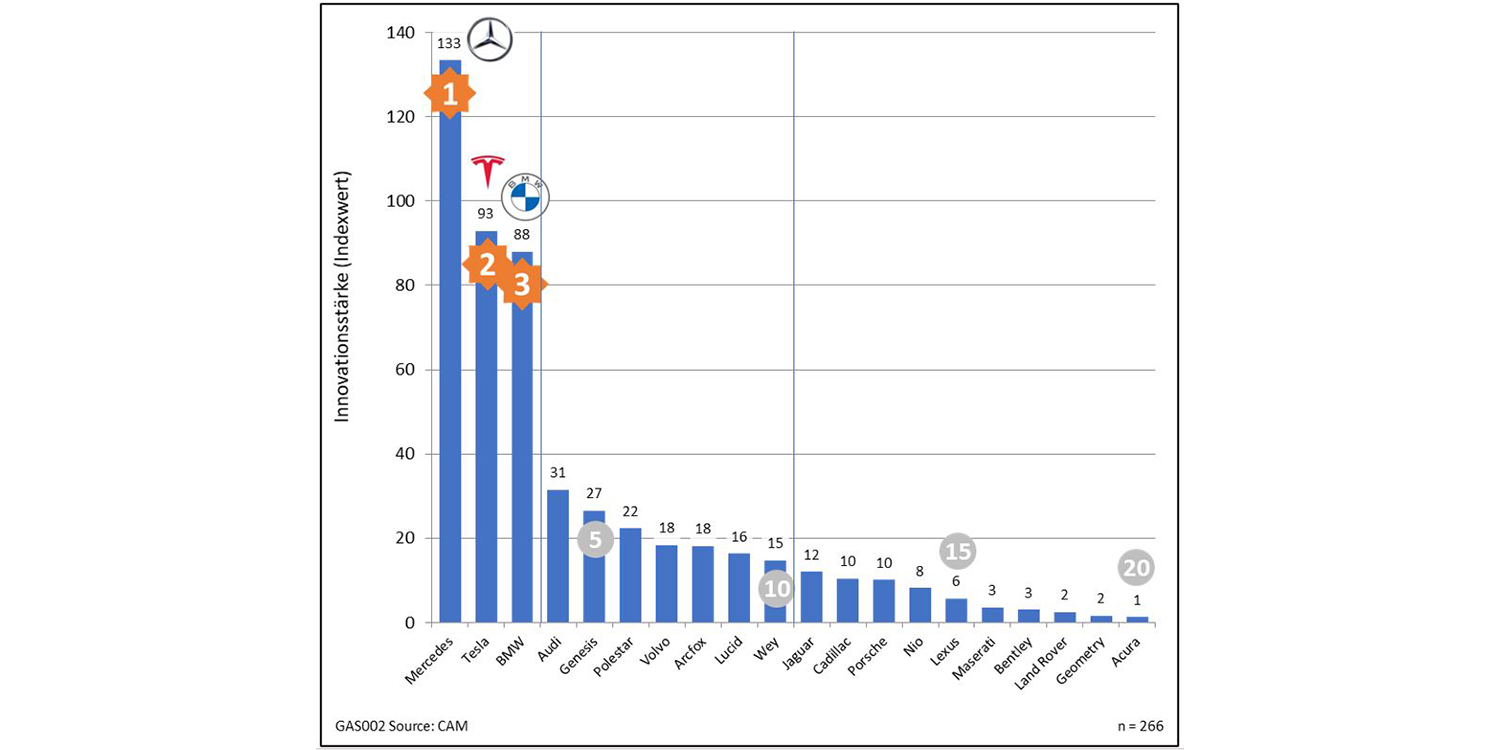 The innovation strength of Japanese and French carmakers, on the other hand, remains very low, according to the CAM ranking. The world’s top-selling manufacturer Toyota, for example, comes in at only 13th place. Even further behind are Renault, Stellantis and Nissan.

According to Stefan Bratzel, head of the study, the change in the industry can only be managed if the players are highly innovative. “However, many car manufacturers do not have the necessary competencies and resources to successfully emerge from this transformation and are forced to enter into far-reaching cooperative ventures. From an innovation perspective, German car manufacturers have done very well so far. In the future, they will have to contend not only with Tesla but also with new innovative competitors from China, which are well-positioned in the core fields of electromobility, connectivity and autonomous driving.”

Incidentally, Mercedes-Benz tops the list of the most innovative premium brands in the CAM study for 2021 for the third time in a row, followed by Tesla, BMW and Audi. The ranks 5 to 10 are occupied by Genesis (Hyundai), Polestar (Geely), Volvo (Geely), Arcfox (BAIC), Lucid (Lucid) and Wey (Great Wall).

Mazda to launch the MX-30 in California in autumn