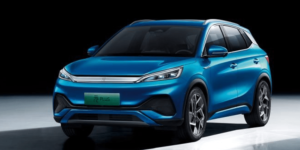 With the 412,000 NEVs, January sales were just below the level of November, but a good bit below the 505,000 units in December. However, the fact that January did not match December in terms of sales figures can also be observed in the market as a whole and not just in NEVs.

Within the 412,000 NEVs, the share has shifted strongly in favour of battery-electric cars: At 333,000 units, or 80.8 per cent, the vast majority were BEVs, joined by 79,000 PHEVs (19.2 per cent). The definition of New Energy Vehicles also includes FCEVs, but the fuel cell vehicles also come to very low sales figures in China.

In terms of brands, the picture is the same as in previous months: BYD is ahead in NEVs with 93,168 units sold, but Tesla is ahead in pure electric cars with 59,845 vehicles – although Tesla exported 40,499 of these vehicles. BYD comes in at 46,386 units for BEVs. In the NEV category, SAIC is in second place with 72,236 vehicles.

Xpeng ahead of Neta and Nio

Among the Chinese EV start-ups, Xpeng is ahead of Nio. However, both manufacturers have to rank behind GAC Aion and Great Wall Ora, which, however, have the support of disproportionately larger corporations. In January, Neta was also able to move ahead of Nio.

The January figures by brand are not yet complete, however, as not every manufacturer has announced their sales figures yet. For example, sales of VW’s ID. models or SAIC-GM-Wuling’s small electric cars, which are popular in China, are still missing. As soon as they are published, we will provide these figures and update the text and the table.

For better clarity, we have summarised selected brands – without claiming completeness – in the following table. This is not an official ranking by the CPCA, but a compilation by the editorial team.

* NEV, including BEV+PHEV, brands without demarkation only sell BEVs
** Includes subsidiary brands such as Geometry, Lynk & Co and Zeekr