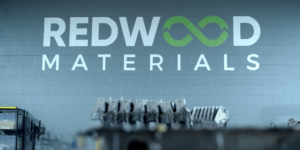 Under the programme, Redwood Materials collects the two automakers’ used batteries for later recycling. All lithium-ion and nickel-metal hydride batteries are accepted, the recycling company said.

With the project, Redwood and its partners now want to create the necessary structures and pathways for battery recycling before “the first big wave of end-of-life electric vehicles” have to be recycled in a few years, as Redwood puts it. The partnership with Ford is well-known; Redwood will not only process the production waste from Ford’s battery joint venture with SKI, but there have also been joint discussions about what the processes might look like to bring the batteries from Ford and Lincoln electric vehicles into a circular economy. The partnership with Volvo, on the other hand, is new.

Redwood says it will work directly with dealers and dismantlers in California to identify and sort recyclable battery packs. The batteries will then be processed at Redwood’s facilities in the neighbouring US state of Nevada and returned to domestic cell manufacturing in battery-grade condition.

“Our goal is to learn and share those learnings with the industry. We will demonstrate the value of end-of-life packs today and how we can steadily improve those economics as volumes scale up. Ultimately, our aim is to create the most effective and sustainable closed-loop system that physics, and chemistry will allow for end-of-life battery packs to re-enter the domestic supply chain,” the company writes.

In January, it was announced that Redwood will start producing copper foils from recycled material before the end of the first half of 2022. The plant for this is located in the immediate vicinity of Tesla’s Gigafactory 1 in Nevada and will also be processed into new anodes exactly there by Panasonic. Earlier this month, Redwood also announced plans to build two recycling factories in Europe.