From 29.900 euros: The price of the Opel Corsa-e is ace. The compact car has 50-kilowatt hours (kWh) battery capacity, a three-phase AC charger with eleven kilowatts (kW) output as standard, and a heat pump on board. A harmonious package in a sympathetic car that will appeal to many interested parties. It is the result of the cooperation between the French Groupe PSA, which acquired Opel from General Motors in 2017, and Dongfeng from China. Opel and the other PSA brands, i.e. Peugeot, Citroën and DS Automobiles, will be presenting several electrified products based on only two different platforms within a year. A promising strategy, although or precisely because e-CMP and EMP2 can also accommodate combustion engines.

Frank Jordan, Director of Advanced Engineering at Opel, explains in an interview with electrive.net: “The group platform CMP (for Common Modular Platform) is a multi-energy platform that allows implementing gasoline, diesel and electric drives on one technical basis. One of the advantages this has is that at our Spanish plant in Zaragoza we can build any drive variant of the new Opel Corsa on one production line, enabling us to react flexibly to changing market requirements”. A sound argument and one that Volkswagen made about the e-Golf before taking the risk of the MEB.

Affordable prices through economies of scale

It is a controversial question within the electric mobility scene, whether a car is developed exclusively for an electric drive, is designed from the outset for different variants or, is merely a vehicle converted to battery traction. At least for the first two options, the decisive factor is the quality of the result. The Volkswagen ID.3 can only prove in a year – once deliveries have begun – what progress the MEB offers. Also, electric cars like the Kia e-Niro show how attractive conventional concepts can be. The delivery time is at least one year.

Back to e-CMP from Opel and PSA. In addition to the high modularity, i.e. the freedom for the PSA brands to give each car its own stamp or character, Frank Jordan of Opel emphasises cost-efficiency and “affordable prices”. Platform standardisation does not mean simplification, but quantity – and this is essential to achieve economies of scale.


Opel Corsa-e, Peugeot e-208 and DS 3 Crossback E-Tense all sit on the same platform with similar technology. Citroën is also said to be working on a battery-electric derivative. Moreover, as popular as compact cars are in Europe, the small SUVs have much higher growth rates. It is therefore only logical that Peugeot has already introduced the e-2008. As usual with 50 kWh battery capacity, heat pump and three-phase AC charger plus DC-side CCS. In Wolfsburg, they would undoubtedly be happy to be able to offer the Polo SUV T-Cross as a BEV analogously. So it is plausible speculation that Opel will soon present an electric mocha-like vehicle based on the e-CMP.

One class above, the Opel Grandland X, uses PSA’s EMP2 platform. In the medium term, the plug-in hybrid drive (PHEV) will remain in this class. EMP2 could also run exclusively on electricity. However, rumours are spreading that this will not (yet) be the case for the next Opel Astra, for example. In concrete terms, for the Grandland X Hybrid 4, this means the combination of a four-cylinder petrol engine with 1.6 litres capacity (147 kW output) and two electric motors (80 kW each), which together generate 221 kW (300 PS) system output.

The battery capacity of the Grandland X Hybrid 4 is 13.2 kWh, which should be sufficient for 50 kilometres in the WLTP. The PHEV system design is also interesting: at the front axle, an eight-speed automatic converter transmits the power of one electric motor; thus turning it into a parallel hybrid. On the rear axle, on the other hand, the second electric motor works on its own. Unlike the Volkswagen Passat GTE, for example, here expect smooth acceleration. Further PHEV derivatives will be available on the EMP2: The DS 7, the Peugeots 3008 and 5008 and the Citroën C5 Aircross will probably follow soon. 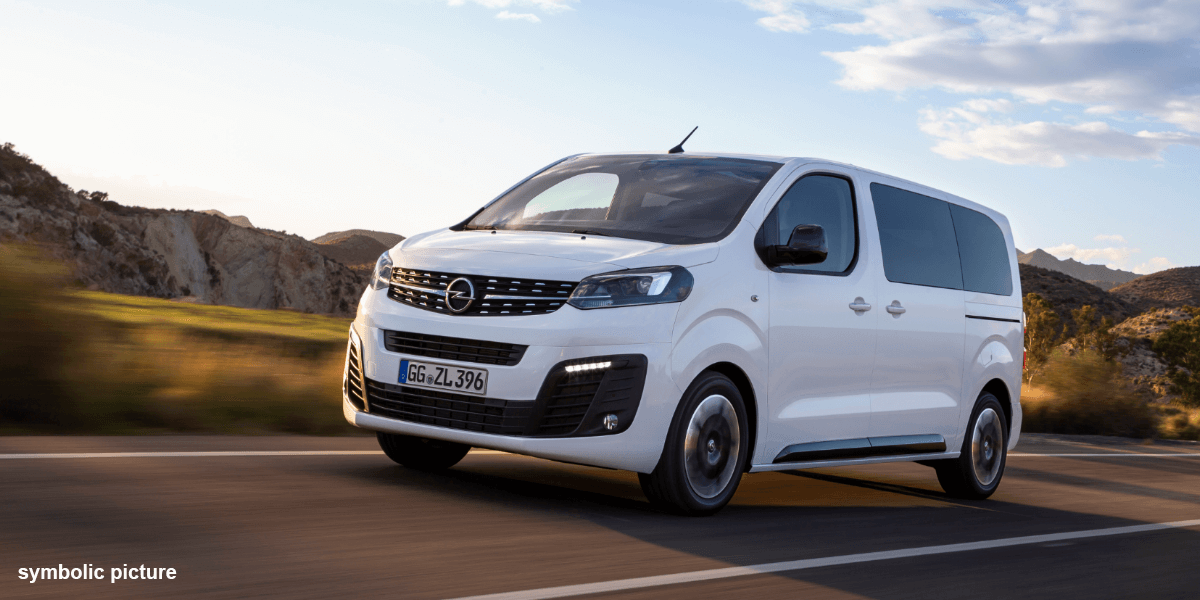 Opel, the brand with the lightning flash (or Blitz) in its emblem, will then have the Corsa-e and the PHEV Grandland X Hybrid 4 in its range in addition to Ampera-e van that will stay in the line-up. The battery-electric VW bus competitors Zafira Life (passenger car version) and Vivaro (commercial vehicle), the fourth derivatives of the alliance between PSA and Toyota, will join the range. If we look at this portfolio and add the first Ampera (2012) as a pacemaker, we see nothing less than the picture of a consistent e-strategy that benefits from the switch from General Motors to Groupe PSA. The number of units is everything.

From an entrepreneurial perspective, the cooperation between Groupe PSA and Dongfeng is of outstanding importance as well. The name Dongfeng first became known to the general public in Europe through its participation in the Volvo Ocean Race sailing regatta. Behind it is a company with an annual turnover of 77 billion euros, similar to PSA (2018: 74 billion euros). For comparison: the VW group has a turnover of 236 billion euros and Toyota 248 billion euros.

The joint venture Dongfeng Peugeot-Citroën Automobile was founded as early as 1992. To this day, it produces cars of the French brands and sells them on the Chinese market, which is by far the largest in the world despite the weak economy. Assume that a positive relationship with China also secures access to critical resources: 80 per cent of the rare earth metals so indispensable for the construction of synchronous motors come from China, and China is also in a strong position to supply other metals for the battery.

The customer ultimately benefits from the concentration on a battery-electric (e-CMP) and a plug-in hybrid platform (EMP2): he/she can choose from a variety of products at reasonable prices. The Groupe PSA brands from Opel via Peugeot and Citroën to DS Automobiles have many regular buyers in many EU countries who will take a close look at the drive alternatives. So access to and from the Chinese market via Dongfeng is perhaps what it is for Volkswagen: a life insurance.

A report by Christoph M. Schwarzer.