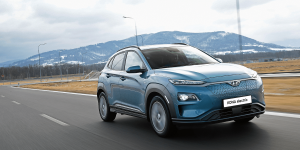 The South Korean government, in close cooperation with the industry, has decided to push technological innovations in the field of e-mobility so strongly that the prices for electric cars will drop by the equivalent of at least 7,500 euros by 2025.

According to media reports, the price reduction for electric vehicles is to be achieved primarily through the development of new platforms and the use of domestic battery materials. Following the example of the E-GMP platform presented by Hyundai for the Ioniq 5, the government also wants to support similar approaches in the field of e-commercial vehicles, according to a report by Business Korea, for example. A battery leasing programme led by Hyundai is also part of the announced package of measures.


At the same time, the government is considering an extension of the tax incentives for electric cars, which expire in December this year. South Korea had extended the current purchase subsidy for electric vehicles only in the summer of 2020 for passenger cars until 2024 and for buses and trucks until 2025. However, the bonus is now tied to a price cap: EVs priced below 60 million won (45,160 euros) are eligible for the full amount of subsidies, but vehicles priced between 60 million and 90 million won (67,750 euros) receive only 50 per cent of the full amount. Previously, up to 8 million won (about 6,000 euros) in subsidies were available per vehicle. According to Business Korea, together with subsidies from local governments, up to 19 million won (approx. 14,200 euros) are currently possible.

For the expansion of the charging infrastructure, specifications are to be formulated for both existing and new buildings. The goal is to increase the ratio of chargers to electric vehicles to at least 50 per cent. Also, at least 123 HPC units are to be installed and a total of 450 hydrogen fuel dispensers are to be built throughout the country by 2025.

Finally, a special approach to make electric vehicles more attractive is a planned national battery leasing programme, which will initially be designed for electric taxis and trucks. Pilot projects will start this year, and in 2022 the test programme will also be extended to hydrogen buses. Against this backdrop, Hyundai has signed a memorandum of understanding with the Ministry of Trade, Industry and Energy, as well as Hyundai Glovis, LG Energy Solution and taxi company KST Mobility. Starting next month, an initial 20 Hyundai Kona will be put into service for KST Mobility.

The goal of all parties involved is to develop a new business model that combines the purchase of electric vehicles with the leasing of batteries and the reuse of the batteries. Accordingly, the used batteries are to be used later for the production of energy storage systems (ESS), which in turn are intended for fast charging stations of KST Mobility. The driving and battery data collected by the participating taxi service will then be made available to all project participants.