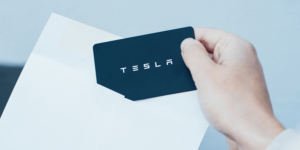 More vehicles delivered, more revenue, more profit: Tesla demonstrates its growth ambitions in the third quarter of 2021 – without losing profitability. In addition, the Californian company has published an interesting piece of news in its latest annual report: Tesla is making a global switch for standard range models to LFP batteries.

First, the latest business figures: Tesla reports a profit of 1.62 billion dollars for Q3 2021. This is half a billion more than the previous record of 1.14 billion US dollars from the previous quarter – and this was already considered a significant jump in profits, as quarterly surpluses at the US electric car manufacturer previously tended to be in the low to mid three-digit million range. This has now matured to a higher return on investment.

Tesla puts the relative year to year increase in profit compared to Q3 2020  at 389 per cent. While the black figures were otherwise entirely or partly due to the fact that Tesla positioned itself as a highly successful seller of CO2 certificates in the triple-digit millions of dollars, this item is losing significance. Sales of regulatory credits to other carmakers account for “only” $279 million this time around (in Q1 2021 it was just over half a billion dollars). The operating margin, on the other hand, has increased from 5.7 and 11.0 per cent to 14.6 per cent. This exceeds Tesla’s own medium-term forecast of an “operating margin in the low tens”.

In terms of turnover, the curve is also visibly slanted in the upwards direction. After 10.39 billion and 11.96 billion dollars in Q1 and Q2 of this year, the Californian company hit a sales volume between July and September to 13.76 billion dollars. This corresponds to an increase of 57 per cent compared to the same quarter of the previous year. This also points towards a steady climb over a sudden jump in popularity.

Tesla itself describes increasing vehicle deliveries and other growing business areas as decisive for the increase in profit and turnover. The volume models Model 3 and Model Y are and remain the drivers of growth: 228,882 units were built in the third quarter and 232,025 were handed over to customers. Since August, these have included the first Model Ys to European buyers in Germany, the Netherlands and Norway.

The premium models X and S, on the other hand, which recently had to take a long break from production due to a refresh and will probably have to wait well into next year in Europe, continue to play only a marginal role. Between July and September, only 8,941 of these models were produced and 9,275 delivered. These are likely to have been almost exclusively Model S vehicles, as deliveries of the revised Model X in the USA have only just started again. The company had announced the details of the Q3 production and delivery figures a few weeks ago.

A side effect of the long pause in Model S and Model X production is that the average selling price per vehicle has fallen by six per cent compared to the same period last year. In the second quarter of 2021, this figure was still at two per cent. According to Tesla, the growing discrepancy is due to the continued shift to vehicles in the lower price segment. In the overall balance sheet, however, this effect is apparently drowned out by the rising sales volume and downsized costs. Otherwise, the operating margin would not be 14.6 per cent.

Meanwhile, Tesla hints that the quarter could have been even better financially without certain one-off effects and external factors. Specifically, in addition to the falling average vehicle sales price, the company mentions additional costs for the supply chain, which are likely to be mainly due to the chip shortage, a bitcoin-related impairment of 51 million dollars and a bonus due to CEO Elon Musk worth 190 million dollars.

Tesla’s comments on the utilisation of its factories are as follows: The car factory in Fremont had produced over 430,000 vehicles in the last four quarters. This is more than half of Tesla’s output and also “more than in any other year”. However, there is still room for improvement, they say. It is not for nothing that the annual report for Fremont shows an annual production capacity of up to 500,000 Model 3 and Model Y as well as 100,000 Model S and Model X as a benchmark.

Tesla continues to describe the Gigafactory in Shanghai as its “most important export centre”. Among other things, European demand is currently served from there. In the annual report, the annual capacity in Shanghai is given as 450,000+ vehicles. Tesla does not state how many vehicles are actually produced there. A Reuters report recently stated that Tesla had reached a cumulative production figure of 300,000 vehicles in China by the end of September. However, this has not been officially confirmed.

As far as the two plants under construction in Texas and Brandenburg are concerned, Tesla is still aiming to produce their first German Model Y before the end of the year. Tesla is in the process of commissioning the facilities and producing the first pre-production vehicles in Texas. In addition, the serial production of the Cybertruck is making progress and is currently slated to follow the Model Y in Austin.

Tesla reports that tests of the equipment are in full swing in Berlin-Brandenburg. In this regard, the company expects to receive final approval before the end of the year. The final approval is already rumoured to be in the bag after several delays.

As far as further goals for the year and beyond are concerned, Tesla repeats formulations in the current annual report that we already know from the previous quarterly documents. Over a multi-year horizon, the electric carmaker wants to increase its delivery volume by an average of 50 per cent per year. Based on the nearly 500,000 deliveries in 2020, Tesla still expects 750,000+ deliveries in the current year. We note: After three quarters of the year, a total of 632,521 deliveries are on the books – which means that the minimum mark of 750,000 vehicles at the end of the year is only a formality.

Tesla also made an interesting announcement in connection with the Gigafactory in Shanghai – the company intends to convert all Standard Range models to Lithium Iron Phosphate (LFP) batteries.  The Model 3 Standard Range already has a battery with LFP cells from CATL. That the Model Y Standard Range will also get the analogue battery was already considered likely, but was not officially confirmed. During Battery Day in September 2020, Tesla CEO Elon Musk had already announced his intention to rely more on LFP batteries.

Volvo to take over Geely car plant in Luqiao