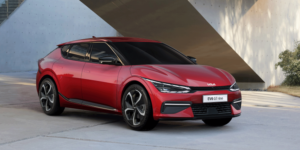 The EPA has published range ratings for more electric models including the Polestar 2 single motor version, the Hyundai Ioniq 5, the Kia EV6 and the Volvo XC40 Recharge.

Meanwhile, Hyundai’s Ioniq 5 received range and efficiency ratings for three versions of the vehicle. The EPA range rating for the 2022 Hyundai Ioniq 5 Standard Range RWD version stands at 220 miles. The bigger battery of the Long Range RWD version increases the range to 303 miles, which means that the car also beat the announced 300 miles of range. The AWD version with the bigger battery is rated at 256 miles, which is slightly less than the expected 269 miles.

The Polestar 2 Single Motor (also known as ‘Long Range Single Motor‘ or ‘LR SM’) was rated at 270 miles by the EPA. The result is slightly better than the anticipated 265 miles, making this a successful round for Polestar. To compare, the dual-motor variant has 21 miles less range at 244 miles.

Finally, the Volvo XC40 Recharge was rated by the EPA for a 226 miles range on a single charge. That’s more than the 210 miles expected when the car was announced in July, but still disappointing considering the size and power of the 78 kWh battery (75 kWh usable). However, it should be noted that the EPA switched from a 2-cycle to a 5-cycle test system, which is estimated to give a slightly more favourable result. Given that the C40 was evaluated under the previous system, it bears mentioning.

Next Volvo XC90 rumoured to be named ‘Embla’