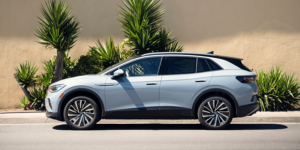 Volkswagen Australia is preparing to introduce a range of new electric cars, according to a report from Drive. The ID.4 and ID.5 will be introduced in Australia at the end of next year, followed by the ID.3 in 2024.

After Volkswagen recently launched production of the ID.4 in the USA, as well as announcing prices for the 2023 model year there, the German company is setting their sights on Australia. Volkswagen writes that the company had prioritized European markets due to financial incentives set by emissions targets, which are not the case in Australia. In fact, the opposite is the case in some areas, as Victoria has an additional tax for electric vehicles. Canberra also recently announced plans to introduce electric vehicle incentives, however this is still at a somewhat early stage.

The rollout of the I.D. model range will begin with the ID.4 and ID.5 next year, followed by the ID.3 a year later. The ID.Buzz is also under consideration, however, this will follow at a later date “if its given the green light”. Production of the ID.Buzz was off to a rocky start in Germany, and had to be paused for almost a month due to battery issues. New prices and specs for all of the vehicles are also to follow, according to a VW Australia spokesperson, however it was not specified when. The spokesperson did say that the company won’t be offering the cheaper, shorter-range variants, as this “wouldn’t match our customers’ expectations of what a Volkswagen offers”.

Other manufacturers have also been slow to introduce their EVs in Australia, with the Ioniq 5 selling out within three hours of the launch due to only 240 vehicles being imported for the year. Volvo had also attempted to enter the market with the XC40, but had to cancel orders after running into supply chain issues.

In terms of EV infrastructure, Australia has also been slow to start, with some issues along the way, but is now investing on a state level in NSW, as well as seeing increased investment from private companies. Mostly, the electric vehicle market in Australia has centred around supplying battery resource materials, with General Motors signing a contract with Glencore, as well as Tesla running supply deals with both Liontown and Core Lithium. LG Energy Solution also has running contracts for nickel and cobalt sourcing. Now it just remains for those resources to find use locally.